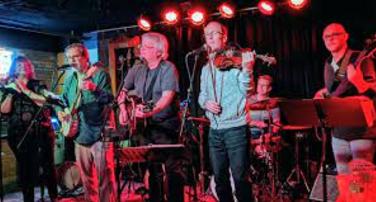 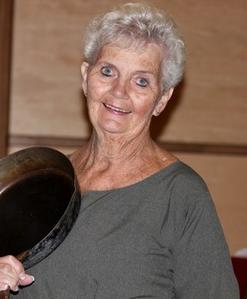 Poitin (Pah-Cheen, Irish Gaelic for ‘Illegal Homemade Whiskey, or Moonshine) band has been entertaining audiences in the great northwest and beyond with their unique blend of Irish, Celtic, French-Canadian, and Metis traditional dance music and ballads since 2001.
Poitin is a six-piece band featuring fiddle, banjos, guitars, mandolins, Irish bouzouki, bodhran, harmonica, bass and drums. They released their fifth album - ‘Banks of Red River’ in March 2013, exploring the correlations between the Irish and the Metis Red River traditional music.
MN Irish Fair Publication: “A six-member collaborative that blends traditional Irish jig harmonies with sensitive, compassionate ballads and raucous, up-tempo and active rebel tunes. A jack-of-all-trades, Poitin has released a total of five records - each differing in approach and style, vigor and composition while retaining a culturally and historically relevant and recognizable sound.”​ 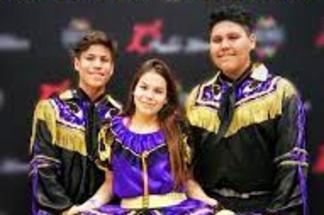 Ivan Flett Memorial dancers are three siblings from Winnipeg, Manitoba who share a passion for dance, not just any dance it’s all about the Red River Jig!
Michael,  Jacob  and  Cieanna Harris began dancing at the young age of five years old. Michael being the oldest started performing his own solo shows, Jacob followed his brothers footprints and they became a duo show, Cieanna enjoyed watching her brothers perform, she learned and they became a trio group and have been inseparable since then.
They perform traditional dances of the Red River Jig mixed with modern dancing known as the hip hop jig. Through their gift of dance they have had great opportunities to travel the world and they hold numerous achievements and awards.
Their main focus is to attract youth through the rhythm and style of the hip hop jig. They hope to motivate and inspire people of all ages, and bring awareness that their culture is going strong and continues to be ambitious with this dance and music.
Formally known as the Slick and Lil J Show, back in 2012, they lost one of their biggest fans and proud supporters, when Grandpa Ivan Flett passed away, it was with great sadness but an honour to rename themselves the Ivan Flett Memorial Dancers. Every dance they do is in Honour of him.
When joined by Grandma and Aunty Ashley Harris-Campbell, they are known as three generations of dancers and it’s always a great pleasure to share the stage together. They also welcomed their little brother and sister into their show and they sure will warm your hearts and steal the show with their talent and cuteness.

Their show wouldn’t be complete without the outfits and they give a huge thank you to their Grandma Dawn Harris-Flett who designs and custom makes all of their attire. Thanks to Designs by Dawn!

Jan is a professional story teller and lecturer.  She loves to interact with people of all ages in costume. As part of the 2020 festival on Sat., Aug. 29th, Jan will present “Midwifery” and on Sun., Aug. 30th, she presents “Early medical techniques”.
Jan is an experienced historical fiction writer and writes plays for all types of  community celebrations.